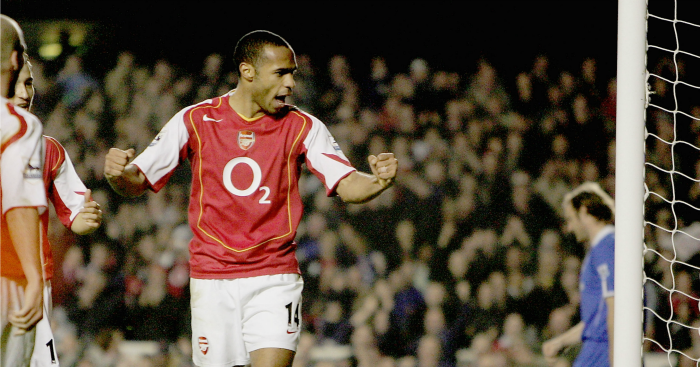 Thierry Henry may have retired from professional football, but he still has that fierce competitive spirit judging by his hilarious participation in an Arsenal-themed quiz.

Henry, the Gunners’ top goalscorer of all time – pitted his wits against another ex-Arsenal hero in Niall Quinn, who both teamed up with a fan to see which team knew the most about the club.

Henry in particular takes matters incredibly seriously, showing the same winning mentality as that of the Arsenal Invincibles side which he was a part of.

But former Republic of Ireland striker Quinn becomes equally competitive, and the referee soon struggles to control the tension between the two sides.

Watch the full video below, courtesy of our friends at Football Daily.