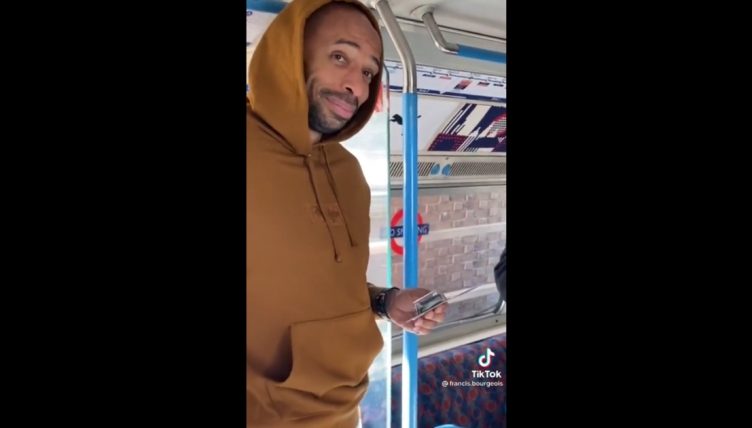 Arsenal legend Thierry Henry was the recipient of a train whistle during a TikTok video with Francis Bourgeois – and he couldn’t resist having a cheeky dig at the standard of refereeing in the Premier League.

Henry linked up with TikTok famous trainspotter Bourgeois and delivered the heartwarming content we didn’t know that we needed.

Bourgeois, an engineering student at the University of Nottingham, hails from Harlesdon in north west London and has over 530,000 followers on the social media platform.

And the 21-year-old presented Henry with a train whistle that he collected from the Selhurst depot in London.

Upon receiving the gift, Henry said: “I think you should give one to the refs in the Prem. Sometimes they don’t blow it that well.”

Thierry and Francis, the most heartwarming collab of our time. pic.twitter.com/ABGC5gFUnm