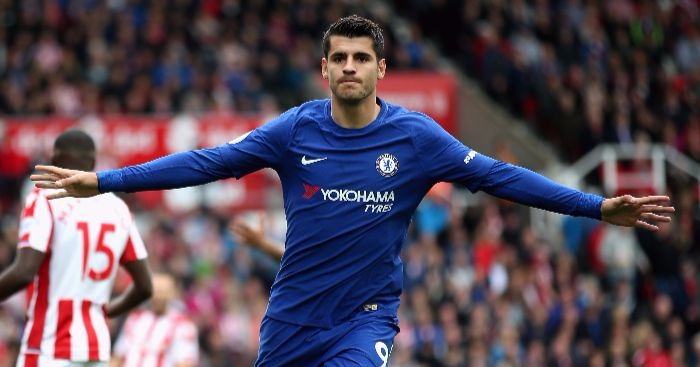 Former Arsenal legend Thierry Henry could not help but heap praise on Alvaro Morata after the striker scored a brilliant hat-trick in Chelsea’s victory at Stoke City.

Chelsea romped to a 4-0 win at Stoke, with Morata’s treble taking his tally to six goals for the season as he continues to replace Diego Costa in impressive fashion.

The Spain international’s second goal saw the attacker dribble from close to the halfway line before neatly chipping the ball past Jack Butland.

And Morata’s effort certainly caught the eye of Henry, who was effusive in his praise for the 24-year-old on Monday Night Football during a brilliantly detailed piece of analysis.

“Normally, any other human being will fall here,” Arsenal’s record goalscorer eventually concluded.