Watch: Things go from bad to worse for Morata with missed pen vs Slovakia 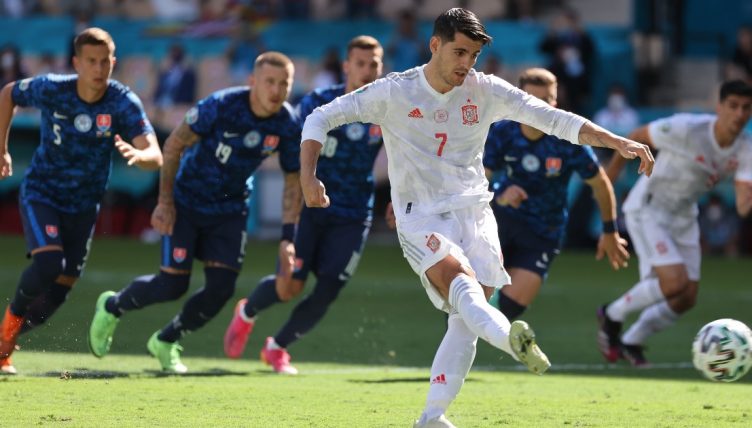 Juventus striker Alvaro Morata has come under plenty of criticism in the Spanish press during Euro 2020, and that looks unlikely to change, even as La Roja look well-placed to make it into the knockout stage.

Morata scored Spain’s goal in their 1-1 draw with Poland, and celebrated wildly with coach Luis Enrique, who has unequivocally backed his No.9 in his press conferences after a raft of missed chances in their opening 0-0 draw with Spain.

La Roja missed a golden chance to beat Poland, after Villarreal striker Gerard Moreno missed a spot-kick when the scores were tied at 1-1. Morata then missed a brilliant opportunity to slot home the rebound.

After VAR intervened to give Spain a penalty after 10 minutes in their must-win final group stage match against Slovakia, Morata – not Moreno, who scored his last 12 penalties for Villarreal before missing for Spain – was entrusted to convert.

But Newcastle goalkeeper Martin Dubravka guessed correctly and dived to save an unconvincing spot-kick that was the right height for him to stop.

“It’s like he apologises to the ball before he strikes it,” ITV pundit Gary Neville said at half-time. “There’s just no belief.”

Fortunately for Spain, Dubravka had a mare from that point onwards. He conceded the opener after a truly ridiculous howler own goal, and was culpable in the build-up as Man City’s Aymeric Laporte made it 2-0 to Spain shortly before half-time.