Watch: Thomas Muller tries to be TAA but rivals Aspas for worst corner ever 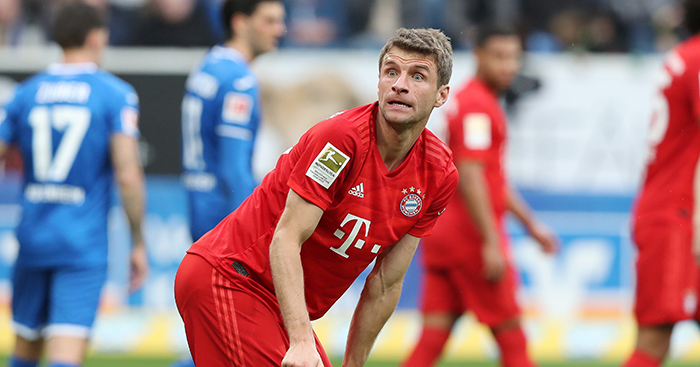 Bayern secured their place in the German Cup semi-finals this week – but their 1-0 win over Schalke was mainly notable for one of the worst corners of all time by Thomas Muller.

Joshua Kimmich’s goal five minutes before half-time was enough to seal the tie, but the real excitement came shortly into the second half when Muller looked as if he might emulate Trent Alexander-Arnold’s famous corner for Liverpool but instead ended up rivalling a former Liverpool player, Iago Aspas, for the world’s worst corner.

His execution, however…well, watch for yourself.