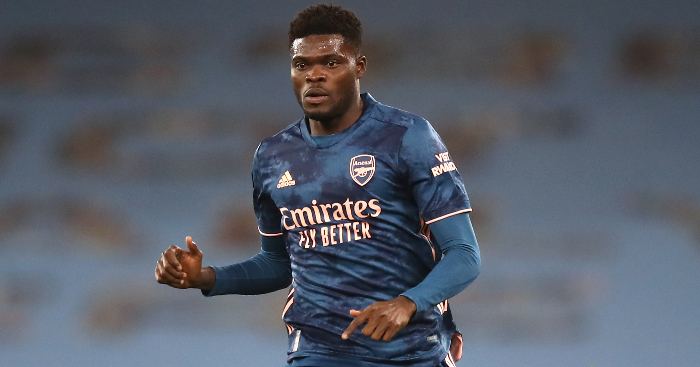 Arsenal can take few positives from their FA Cup exit to Southampton, but Thomas Partey continued to quietly impress at the base of midfield.

The Ghanaian was introduced just before the hour mark and immediately helped turn the tide back in the Gunners’ favour, giving them more of a foothold at St. Mary’s.

It wasn’t to be in the end as Mikel Arteta’s side lost 1-0, having lacked creativity without Emile Smith Rowe once again, but Partey at least looked comfortable in possession against Southampton’s aggressive press.

One moment in particular stood out, with three opposition bodies coming up against Partey, who looked calm and composed, demonstrating excellent close control to evade their press and dispatch the ball.

With space then opened up, Arsenal were able to look forward and try to create something – opportunities they seldom had before the midfielder’s introduction.

Is there any point pressing Thomas Partey pic.twitter.com/hRgZCnkdCo