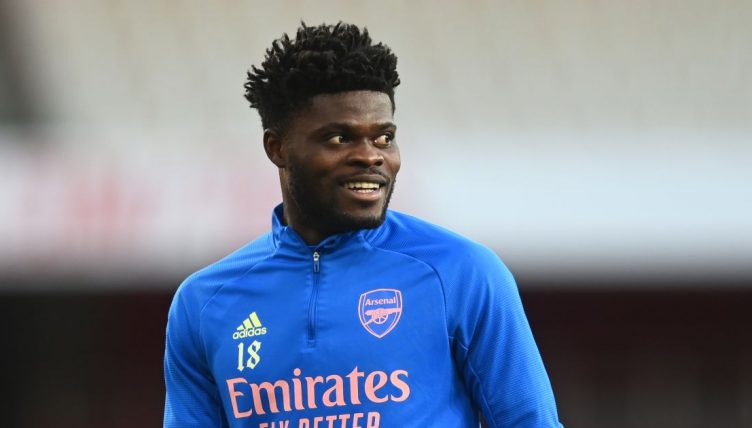 Thomas Partey did his finest Kolo Toure impression during an Arsenal training session ahead of their game against Brighton.

But the Ghana international isn’t afraid to get stuck in and nearly injured Arsenal’s strength and conditioning coach during a rondo training drill.

In a video clip uploaded to Pierre-Emerick Aubameyang’s Instagram page, Partey can be seen wildly lunging into a tackle, wiping out Sam Wilson in the process.

The tackle evoked memories of Toure fouling Arsene Wenger during his trial at the club.

“The ball was going out and Mr Wenger went to get the ball,” Toure told Arsenal’s official website in 2017. “When he controlled the ball, instead of just stopping the game, I thought he was playing as well. I kept going and it was a big, big tackle.

“After that, everyone was laughing and joking but I was in shock. I was like, ‘Wow, maybe that will mean I will have to leave the club’. At the end of the day, I think the tackle made him want to keep me. Maybe he saw my desire as a defender from that.”