Watch: Three of Ramsdale’s most impressive saves against Liverpool 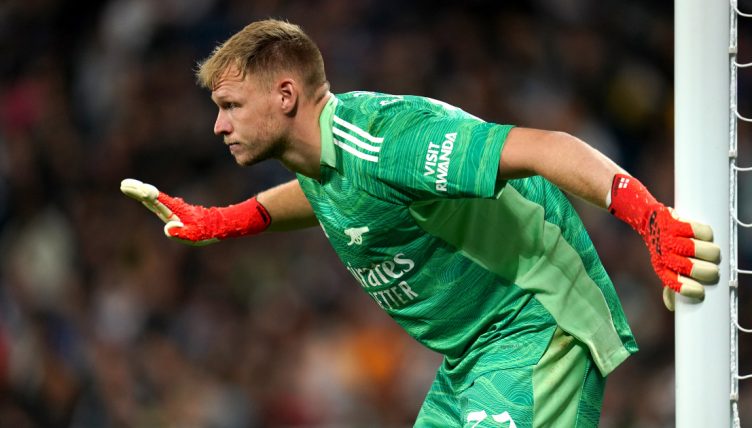 Liverpool may have beaten Arsenal 4-0, but it could have been worse if Aaron Ramsdale made several impressive saves throughout the match.

Ramsdale kept the score from getting embarrassing by continuing his impressive run of form which has seen him replace Bernd Leno as the Arsenal No.1 between the sticks.

The English keeper signed from Sheffield United in the summer for around £25million and recently made his England debut against San Marino.

His first came when he denied Thiago to keep it 0-0 before denying Mane on the follow-up.

Another came soon after when Salah was denied from opening the scoring by the flailing arms of Ramsdale.

Then when Jota looked certain to score a third, Ramsdale kept the score at 2-0 in the 68th minute by getting down to push the ball away.

Ramsdale has impressed at Arsenal who, despite the 4-0 loss, will stay fifth in the table this week.