Watch: Timo Werner apologises to Kai Havertz after opting to shoot not pass 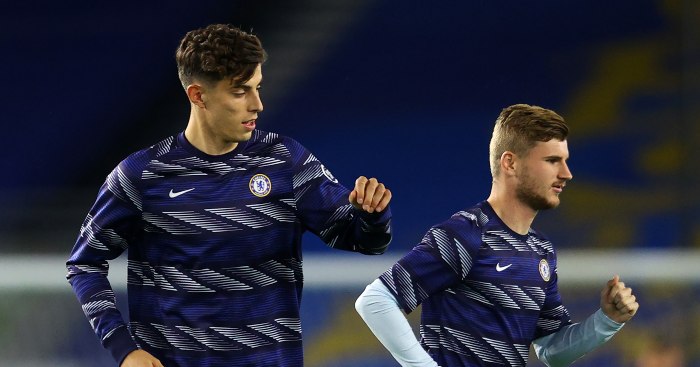 Timo Werner was understandably desperate to get on the scoresheet on his Chelsea debut, but the striker at least remembered his manners when he failed to provide fellow debutant Kai Havertz with a chance to score in the Blues’ 3-1 victory over Brighton on Monday night.

Plenty of hype surrounds both players after attracting plenty of interest in the summer before agreeing to move to Stamford Bridge in big-money moves.

The duo made low-key debuts in the hard-fought victory over Brighton as they look to quickly acclimatise to English football, with Chelsea tipped to challenge for honours by some onlookers following their eye-catching recruitment this summer.

A goal would have been a dream start for Werner, but he clearly recognised he chose the wrong option in trying to score himself rather than lay on a chance for Havertz, offering a sheepish apology after the ball had gone out of play.

Manners cost nothing, so good on ya, Timo.