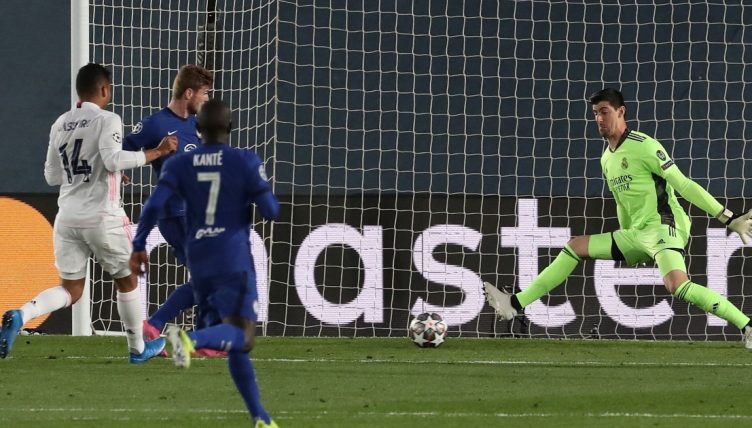 Chelsea striker Timo Werner was back in the goals against West Ham United at the weekend, but his tendency to fail to make the most of big goalscoring opportunity reared its head again away at Real Madrid.

Luckily for Werner, Christian Pulisic did well to give Chelsea an early lead, and a huge away goal in their Champions League semi-final, with some neat footwork to round Thibaut Courtois.

But five minutes earlier, the Germany international wasted a golden chance, having received the ball just inside the six-yard box. He took it first time on the volley, but struck straight at former Blues keeper Courtois.

Chelsea started the match like a house on fire, having taken the game to Madrid, creating a number of good goalscoring opportunities, but they were left to rue missed chances like Werner’s going into the break.

By half-time, the scores were level at 1-1, after Karim Benzema’s spectacular finish equalised for Los Blancos.