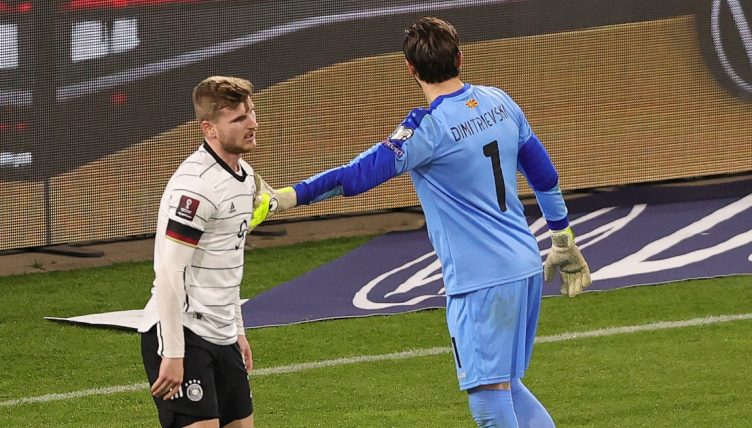 Germany suffered a shock 2-1 defeat at home to North Macedonia in World Cup qualifying, but it might have gone so differently had Chelsea‘s Timo Werner not spurned a golden late chance.

Former Inter cult hero Goran Pandev, still going strong at the age of 37, put the underdogs ahead on the stroke of half-time, but Germany struck back just after the hour mark.

From there, Die Mannschaft had their tails up and looked likely to go on and win it, registering nearly 70% possession.

Werner had a brilliant chance to put the hosts ahead in the 78th minute, with acres of space and time just eight yards out, with the goal gaping.

But it’s just not been the striker’s season, and he got his footing all wrong, fluffing his lines completely as his mis-kick went slowly bundling far past the post.

He won’t want to watch this one back – especially as North Macedonia went up the other end with a match-winning goal seven minutes later.