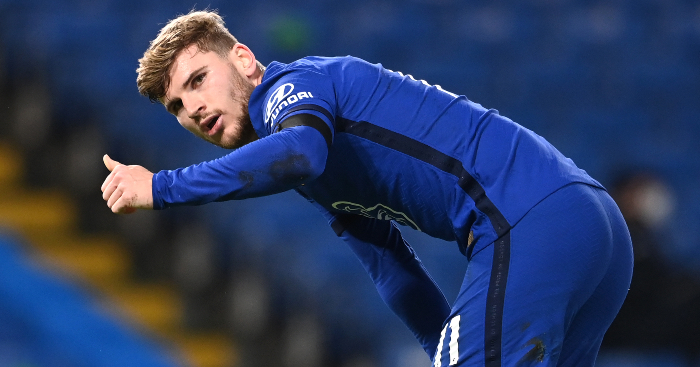 It’s just not been going well for Timo Werner at Chelsea in recent weeks, and this just about sums up his luck at the moment.

After a slow start to life at Stamford Bridge, the Germany international appeared to be hitting his stride in mid-October with a run of 10 goals in nine games for club and country.

But since suffering a 6-0 defeat to Spain in November, his confidence appears to have been shaken – and he’s now failed to score in 12 straight games for the Blues.

In spite of that, he was given a show of faith by Frank Lampard against Manchester City, chosen to lead the line ahead of the more in-form options Tammy Abraham and Olivier Giroud.

It didn’t quite go to plan, however, as Werner failed to get on the scoresheet and Chelsea were well-beaten 3-1 on the day.

Things went from bad to worse for Werner in the 87th minute, when given the simple task of taking a corner he somehow managed to catch the corner flag and subsequently limped away, leaving Mason Mount to take over.

Peter Drury and Andy Townsend sounded absolutely baffled in the commentary box, and they’re not the only ones.