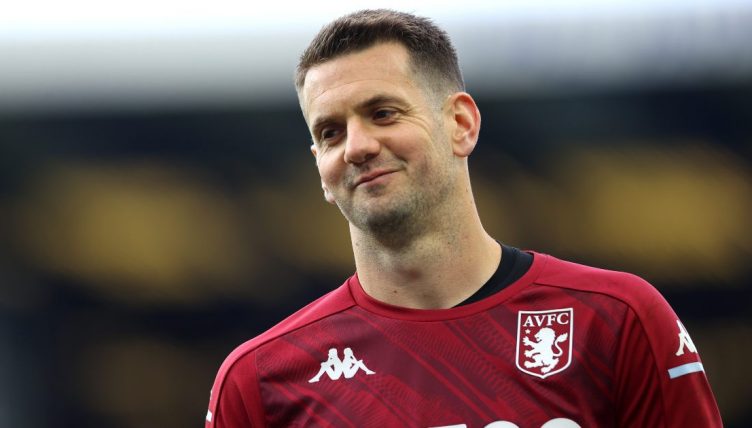 Tom Heaton delivered a reminder of his abilities with a brilliant save during Manchester United‘s 2-1 win over Derby County.

Heaton spent 13 years in United’s youth system and returned to the club following the expiration of his Aston Villa contract at the end of 2020-21.

With David de Gea on holiday and Dean Henderson recovering from injury, he was handed his debut against Wayne Rooney’s side.

United took the lead through Tahith Chong in the first half but Derby grew into the game and nearly grabbed an equaliser in the 38th minute.

After Phil Jagielka backheeled an effort towards goal, Heaton pulled off an incredible reflex save to preserve United’s lead.

The 35-year-old was replaced by Lee Grant at half-time as Ole Gunnar made nine changes to his team.

“It was nice to put the shirt on again, it was a nice 45-minute run-out. I’ve really enjoyed it so far,” Heaton told MUTV after the game.

What a save by Tom heaton btw pic.twitter.com/Io1X9KD6Go