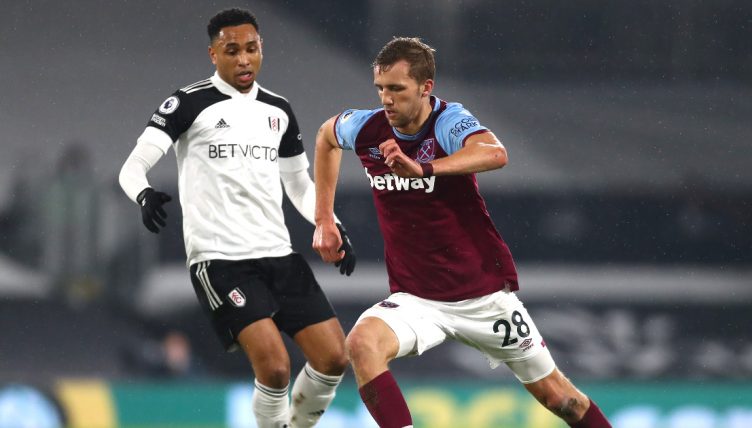 Tomas Soucek is enjoying a breakout season with West Ham United and is becoming one of football’s most popular players in the process, and the love for him was on display again on Thursday night.

The big Czech midfielder has been integral to David Moyes’ push for a shock spot in next season’s Champions League, scoring eight Premier League goals so far this term.

Prior to his move to East London in January 2020, however, he wore the red and white of Slavia Prague for just under six years, and last night we saw just what his former teammates still mean to him.

Goals from Lukas Provod and Abdallah Sima at the King Power Stadium on Thursday night saw them knock Leicester City out of the Europa League in the last-32.

There were jubilant scenes on the pitch after full-time as the Slavia players celebrated the significant upset while Soucek cheered from his home.

But he was soon part of it, as one member of the team face-timed the big midfielder, allowing him once again to feel part of his boyhood club.

Tomáš Souček could genuinely be the most popular man in football 😂

His former Slavia Prague teammates dropped him a call after shocking Leicester and advancing in the Europa League! #UEL pic.twitter.com/nJntdNMlSF