Watch: Toni Rudiger asks ‘who wants me out now!?’ after Chelsea’s CL win 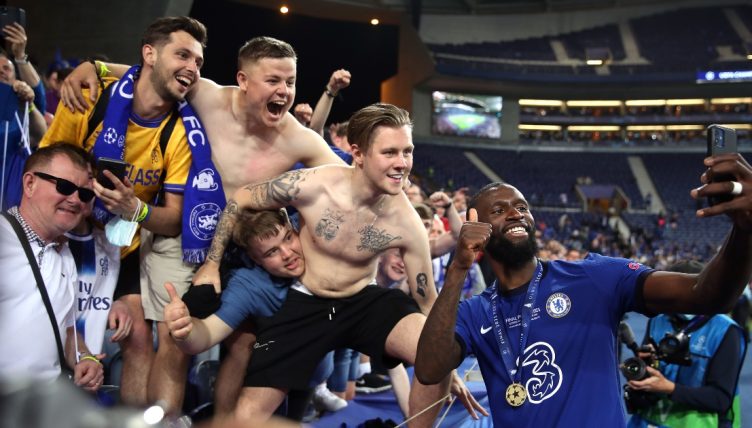 Antonio Rudiger has had an up and down time at Chelsea over the years, but few will have a bad word to say about his quality after he played a starring role in the club’s second Champions League victory.

Signed from Roma in 2017, Rudiger bore the brunt of criticism during the Blues’ defensive struggles under Frank Lampard and was reportedly close to leaving the club last summer, with a loan move to London rivals Tottenham said to be in the works – although it never came to pass.

Things hit rock bottom in terms of his standing with the supporters when Lampard was sacked in January, with reports in the media that the centre-half influenced the decision from the dressing room.

But the Germany international has since ended up a key performer under Thomas Tuchel, with a ridiculously good record whenever he’s featured since the turn of the year.

Rudiger put in another fine individual performance in the 1-0 victory over Manchester City in Porto, making a vital last-ditch block to deny Phil Foden while it was still goalless, before being the life of the party in the post-match celebrations.

Amid the celebrations he filmed himself asking “who wants me out now!?”. A fair question, Toni.