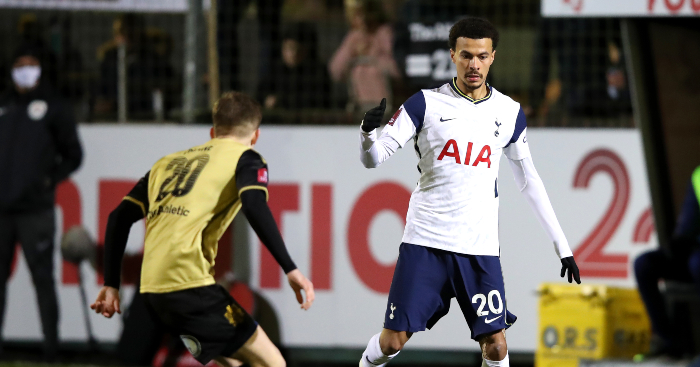 Dele Alli was able to see the funny after his tumble provided Tottenham‘s bench with plenty of laughs during Spurs’ 5-0 FA Cup victory over Marine.

Marine hit the bar in the first half with the score still 0-0, but Spurs soon settled into their groove and powered their way to a convincing win, with Carlos Vinicius scoring a 13-minute hat-trick.

Lucas Moura also got on the scoresheet alongside 16-year-old substitute Alfie Devine, who became Tottenham’s youngest ever player and goalscorer.

Alli, meanwhile, kept Spurs’ bench entertained by taking an unfortunate tumble by the touchline, much to the amusement of Son Heung-min and Gareth Bale, who called for the midfielder to be booked for diving.