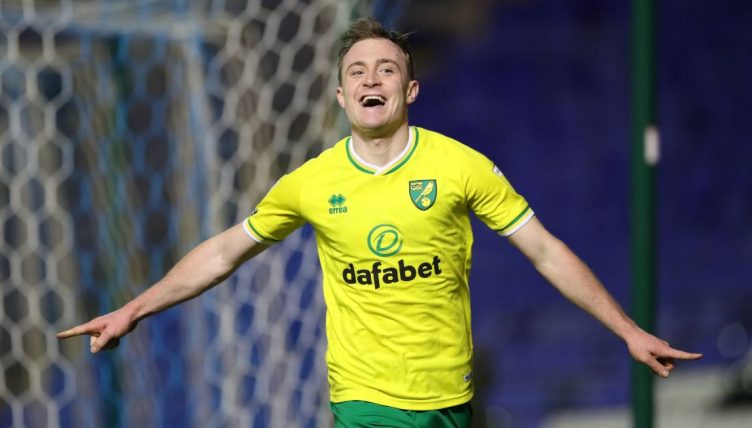 While Tottenham are enduring a difficult season, academy graduate Oliver Skipp has been impressing on loan at Norwich City.

After making 11 appearances for Spurs in 2019-20, Skipp joined the Canaries on a season-long loan to gain more first-team experience.

The midfielder has become an integral player for Daniel Farke’s side, starting all of their 31 Championship games so far this season.

He scored the first goal of his professional career during their 3-1 win over Birmingham City, tapping into an empty net in the fifth minute of stoppage time.

“When there’s a goal at stake, and I don’t get many, I saw Lukas [Rupp] and the ball was bouncing so I thought ‘he’s got a good chance of winning this,” Skipp said after the game.

“It was brilliant from Lukas to have the awareness one-on-one just to lay the ball off. It shows the selflessness of him and made it simple for me so I can only thank him for that. It’s nice because I don’t get many so that’s one that I’ll cherish!

“I haven’t scored in senior football! It’s definitely one that I’ll remember, but more importantly three points and another step closer to what we want to achieve, so it’s not just about me.”

GET IN THERE!!! Class from Ruppinho breaks forward, draws the keeper, slides it to Skipp who puts the game to bed!!! Love that from Rupp! 10 clear!!! Get in there!!! #ncfc #otbc