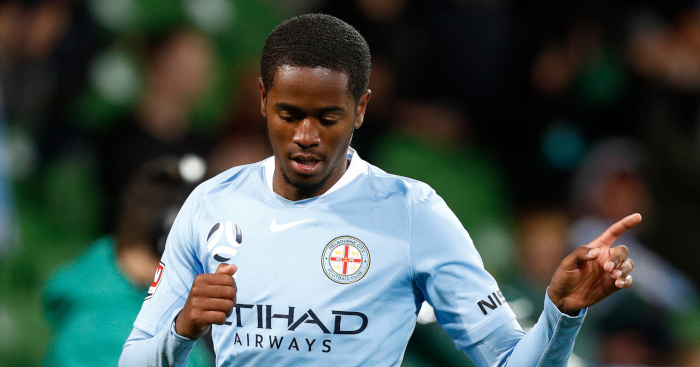 Shayon Harrison may be playing his football away from the spotlight of the Premier League, but the Tottenham loanee still managed to catch the eye with a brilliant goal for Melbourne City this weekend.

Having made his solitary Spurs appearance in a League Cup tie against Liverpool three years ago, Harrison has had spells on loan at Yeovil and Southend, taking the unusual step of moving to the A-League in the January transfer window.

The 21-year-old has now made 10 league appearances for Melbourne City and took his goal tally to four with a brace in a 5-0 win against Central Coast Mariners.

His first goal was the highlight as the forward danced past three players before squeezing the ball home.