Watch: Rodrigo Bentancur tries to pass the ball but slips to the floor 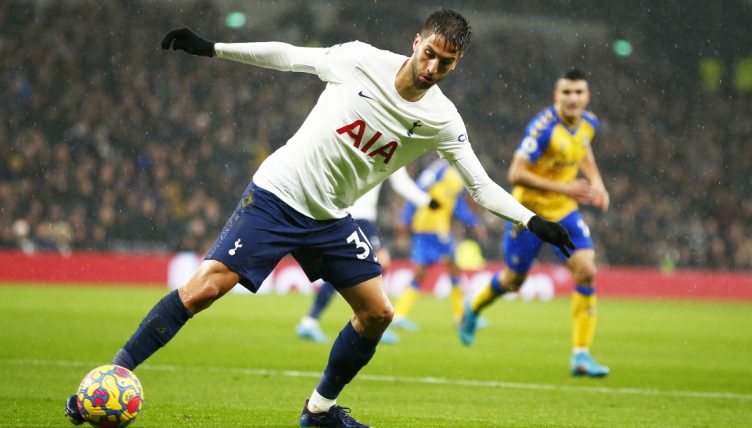 Tottenham Hotspur endured a miserable afternoon against Wolverhampton Wanderers as they fell to a third consecutive Premier League defeat.

First-half goals from Raul Jimenez and Leandro Dendoncker secured three points for Bruno Lage’s side, whilst Spurs lost at home for the second time this week.

It was a poor performance from Spurs all around, and even new signing Rodrigo Bentancur, who joined from Juventus in the January transfer window, was one of a number of players who made sloppy errors throughout the game.

He reached a new level of embarrassment in the first half, where after picking the ball up in the Wolves half, the midfielder attempted to pass the ball, but instead tripped over his own feet and fell to the ground.

The Argentina international joined Spurs for around £19million from Juventus after falling out of favour with the Italian giants and will be hoping his start to life in North London improves after a tough few weeks.

Bentancur made 181 appearances for Juventus since moving to Europe from Boca Juniors in 2017, and the 24-year-old, whilst highly rated, may take some time to adapt to English football and Antonio Conte’s system.

Spurs will be angry at the manner of their defeat today, in what was a crucial match in the race for the top four, and mistakes like this won’t have helped.