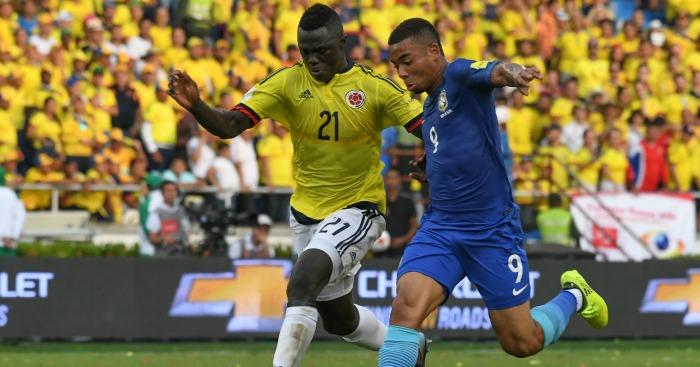 Davinson Sanchez gave Tottenham fans a glimpse of what’s to come on Tuesday night with an imposing performance for Colombia in their 1-1 draw with Brazil.

Sanchez, who became Tottenham’s record signing when he joined the north Londoners in a £42million move from Ajax this summer, lined up for the hosts in defence and showed his strength, quite literally, in a clash with Dani Alves.

Spurs already have one of the most intimidating defences in the Premier League with the dominant Toby Alderweireld and Jan Vertonghen, and the 21-year-old adds to Mauricio Pochettino’s impressive options.

Everything you need to know about Davinson Sanchez