Watch: Tottenham players booed off at half-time as fans return to stadium 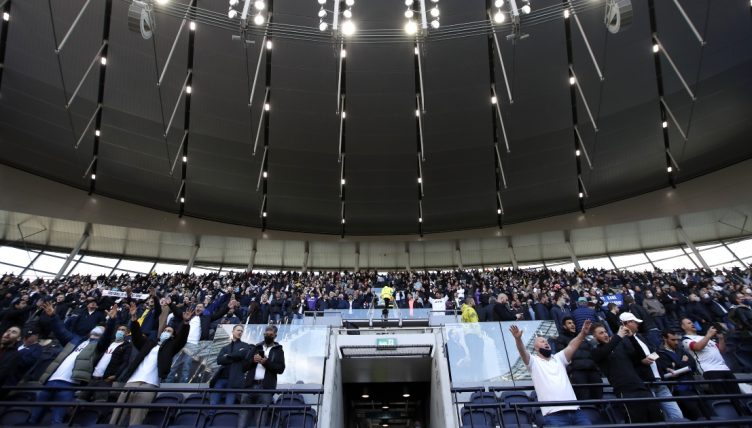 Fans have returned to the Tottenham Hotspur stadium for the first time since December – but they were not happy with their team’s first-half performance against Aston Villa.

Tottenham have had a difficult season. Jose Mourinho underperformed before his sacking in April, the club joined the ill-fated European Super League and star striker Harry Kane has expressed his wish to leave in the summer.

A positive result against Villa felt essential, especially as fans returned to watch the side. But Steven Bergwijn’s opener was cancelled out by a spectacular own goal from Sergio Reguilon and an Ollie Watkins strike.

Villa went into half-time 2-1 up but could have scored more against a Spurs team they outplayed.

It was no surprise to hear the home team booed off after their display, but it was the last thing Tottenham needed after a trying few days.

Tottenham players are booed off the pitch at half-time pic.twitter.com/aTOfFwMrOr