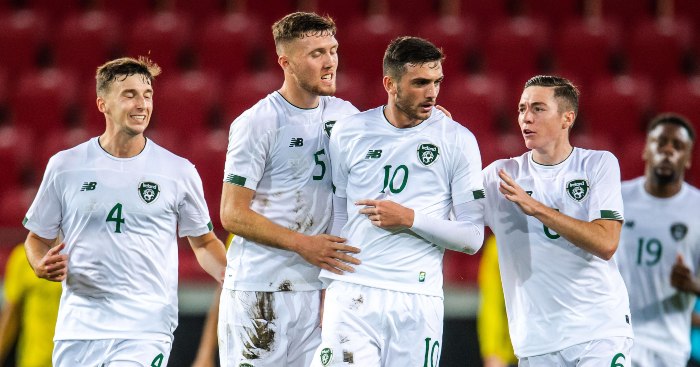 Troy Parrott is exciting plenty of Tottenham supporters due to his performances for the club’s youth side – and the striker showed his class once more for the Republic of Ireland’s Under-21s against Sweden.

Still just 17, Parrott has been in fine scoring form in Spurs’ academy and appeared for the first team in their pre-season tour of Asia.

While he awaits his competitive debut under Mauricio Pochettino, the teenager started 2019-20 with a brace for Tottenham’s Under-23s against their Manchester City counterparts, and he carried that form into the international break.

After scoring the winner against Armenia, Parrott was rotated to the bench against Sweden, but with Ireland trailing 1-0 at the break, he was called upon to help overturn the deficit and duly scored twice to secure a 3-1 victory.

His second, and Ireland’s third, was a thing of beauty.

#thfc striker Troy Parrott completing his brace for Republic of Ireland U21s in a 3-1 win over Sweden. | @FAIreland pic.twitter.com/WtU5IWVegz

How the last 10 Tottenham big-name departures have subsequently fared