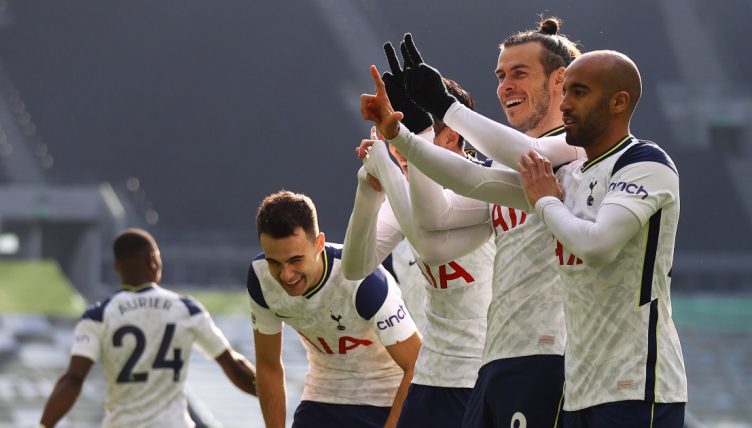 Bale has shown glimpses of his best form recently, scoring in the Europa League during the week before adding another two goals against Sean Dyche’s side.

But the Wales international was unimpressed with his teammate Moura during their co-ordinated goal celebration.

After striking his first of the game, Bale and Son Heung-min started making a hand gesture which is reportedly a dedicated message to a paediatric cancer patient

Having clearly not got the memo, Moura accidentally shaped his hands to donate the ‘Take the L’ sign instead.

Bale’s facial expression when he realised was worth a thousand words.

Bale and Son: *Doing the Make A Wish celebration for kids with cancer* 🥰