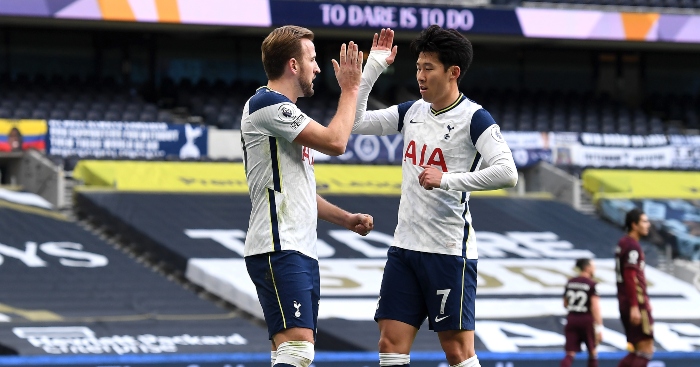 It’s no secret that Harry Kane and Son Heung-min have been linking up brilliantly all season for Tottenham.

That continued as Jose Mourinho’s men went on to beat Leeds United 3-0, as Kane set up his team-mate with a superb ball into the box for Spurs’ second of the game.

Even though the pair have combined well for plenty of goals this term, there have been other incidents where their connection is clear, even if the ball doesn’t end up hitting the back of the net.

Another of those moments came while the game was still goalless as Kane found Son with a smart backheel under pressure from Kalvin Phillips.

Even when the South Korea international was dispossessed, his team-mate knew exactly where to be to pick up the loose ball.

Kane’s effort eventually ended up flying over the crossbar, but nonetheless, this is still evidence of just how well the striker is able to link up with Son.

Watch: Harry Kane tries to score from his own half with audacious effort