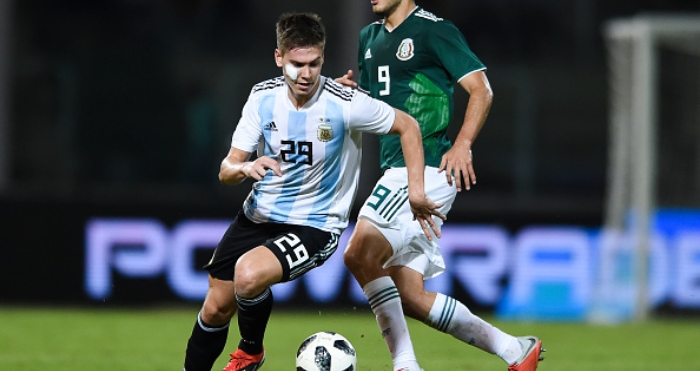 Tottenham‘s Juan Foyth received plenty of plaudits for his first Argentina start over the weekend.

He helped them keep a clean sheet as they defeated Mexico 2-0 on home soil, and was praised for his performance as he featured alongside former Everton man Roberto Funes Mori and Ajax’s Nicolas Taglifico.

The match-winner at Crystal Palace last week, Foyth is enjoying the best month of his fledgeling career.

🇦🇷 Awarded Man of the Match on full Argentina debut.

The week before, the 20-year-old suffered a couple of unfortunate moments in his Premier League debut, slipping up twice and nearly allowing Wolves a way back into the match from a 3-0 lead.

But Tottenham fans are excited by the youngster, and it seems that Argentina fans will share that enthusiasm, desperate for a world-class centre-half they’ve arguably lacked since Roberto Ayala retired from international duty in 2007.

Watch below to see his composure in playing out from the back in his individual highlights.