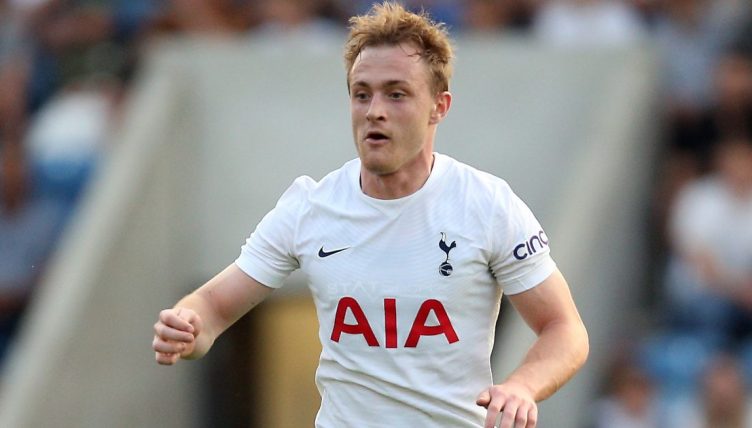 Skipp spent the 2020-21 season on loach at Norwich City, making 47 appearances as they won the Championship and made an immediate return to the Premier League.

Despite Norwich’s best attempts to keep him, the midfielder returned to his parent club and has already njoyed working under new manager Nuno Espirito Santo.

“I think that it’s been clear in what he wants, and he is very decisive and as a player that’s that’s all you can ask,” Skipp said. “I’ve been really really impressed so far.”

The 20-year-old was named in the starting Xl for the game against Colchester and grabbed his opportunity with both hands.

With Spurs leading 2-0 after goals from Son Heung-min and Lucas Moura, Skipp produced a half-volleyed crossfield pass which arrowed straight on to Steven Bergwijn’s chest.

Dele Alli made it 3-0 to Spurs in the 38th minute and Skipp was replaced by fellow academy graduate Nile John ahead of the second half.

This pass from Oliver Skipp! 🤌🔥 pic.twitter.com/8kuXP3pNGU