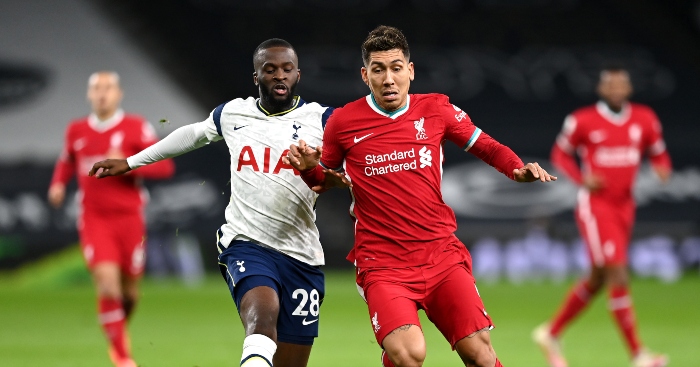 While Tottenham fell to a 3-1 defeat against Liverpool, Tanguy Ndombele did provide one real moment of entertainment for their supporters.

Son Heung-min thought he’d scored the opener for Spurs after just three minutes, only for VAR to rule out the goal due to an offside.

Roberto Firmino then broke the deadlock on the stroke of half-time and Trent Alexander-Arnold doubled their lead in the 47th minute.

Pierre-Emile Hojbjerg’s stunner gave Spurs a glimmer of hope before Sadio Mane lashed the ball home to seal the win and move Liverpool into fourth.

Ndombele wasn’t able to control the game but did produce a few moments of brilliance, including a Zinedine Zidane turn that sent James Milner to the shops.

Watch: Son Heung-min sees goal for Spurs ruled out by VAR for offside