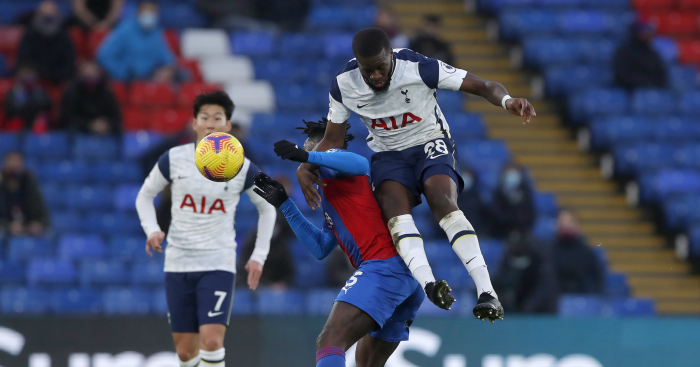 After an injury-hit first season in north London, Ndombele has really come into his own this campaign and has already made 18 appearances in all competitions for Jose Mourinho’s side.

The France international adds steel to their midfield but produced a moment of pure skill during the second half at Selhurst Park.

With Spurs leading by a solitary Harry Kane goal, Ndombele collected a loose ball on the edge of the Palace penalty area.

Instead of laying it off to a team-mate as the rest of us would, he unleashed a first-time rabona pass out towards Sergio Reguilon on the left-wing.

The pass didn’t lead to anything, but frankly who cares?