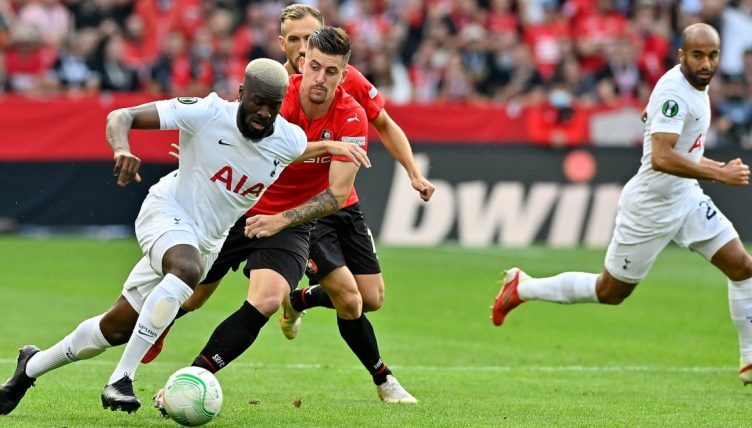 Tottenham didn’t get the result they wanted during their Europa Conference League opener, drawing 2-2 against Stade Rennais, but there were certainly positives to take.

The biggest is showing the character to come from behind and get a draw thanks to Pierre-Emile Hojbjerg’s 76th-minute goal and there was also a filthy piece of skill from Tanguy Ndombele.

Ndombele hadn’t played a single minute in any competition this season before returning to his homeland for this game, but there was certainly no lack of confidence on show.

With Hamari Traore facing him, the 24-year-old got to work on tearing him apart while out by the left wing, putting the ball through the full-back’s legs, twisting him inside out and even having the Mali international sprawling on the floor in a desperate attempt to regain possession and stopping the embarrassment.

His efforts were futile, but Ndombele didn’t look the slightest bit excited after all of that, as he coolly rolled the ball back to a team-mate.