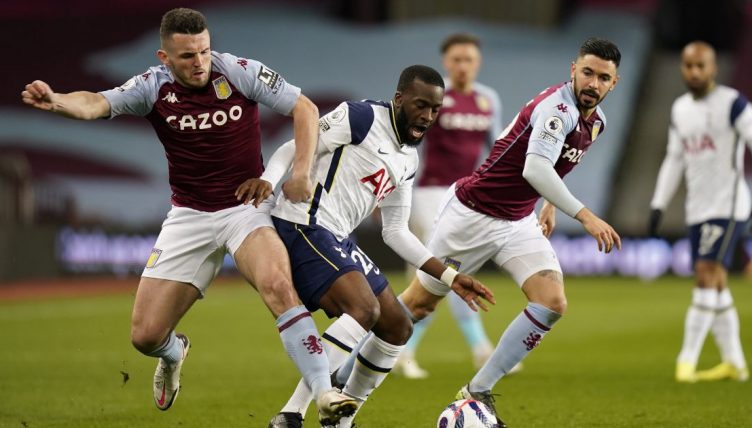 After a difficult debut season at Tottenham, we’re starting to see the real Tanguy Ndombele in 2020-21.

Ndombele, who joined Spurs in a £55million deal from Lyon in 2019, initially struggled to cope with the demands of the Premier League and his performances were publically criticised by Jose Mourinho.

The France international has turned things around this season, becoming one of the first names on the team-sheet for Jose Mourinho’s side.

“When Tanguy arrived here his condition was not good,” Mourinho said in January. “When I arrived he was getting small injury after small injury which I believe was his responsibility.

“And for him to realise that he had to change, and work in a different way, is to his credit. Yes, he is playing and playing well. We are happy with him. But, I repeat, it’s total credit to Tanguy.”

While Carlos Vinicius and Harry Kane got the goals in Spurs’ 2-0 win over Aston Villa, Ndombele was one of their standout performers.

The 24-year-old also showed a glimpse of his incredible ball retention skills, skipping past three Villa players before picking out Vinicius.