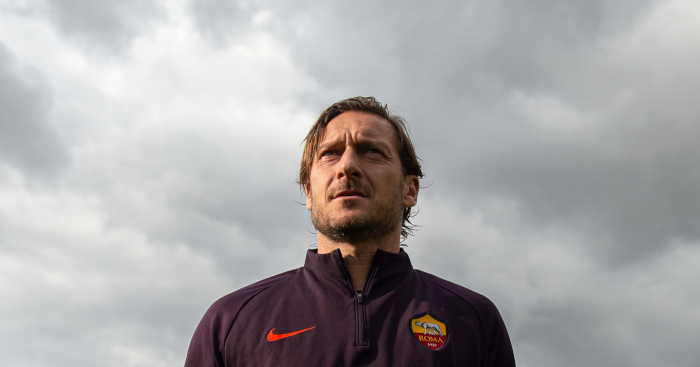 Francesco Totti produced a perfect reminder that he is one of the greatest and, more importantly, coolest footballers to ever play the game this week.

Thanks to his 25-year playing career with Roma, Totti won the hearts of football fans around the world due to his class on the pitch and devotion to his boyhood club.

The 42-year-old donned his boots once again this week, taking part in the Al Roudan futsal tournament, in which footage suggests he mainly did quite a lot of standing and walking.

One cheeky youngster decided to try embarrass the Italy great by subjecting Totti to a rainbow flick, although he didn’t look remotely arsed.

Only seconds later, Totti got his own back with his a one-touch lob over the goalkeeper to remind the cocky kid who remains the boss on the pitch.

Francesco, we love you.