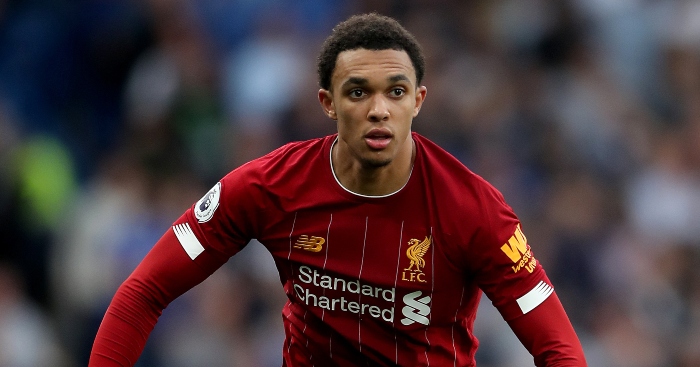 Trent Alexander-Arnold was back playing in the Champions League at Anfield for the first time since his famous cheeky corner completed Liverpool‘s stunning comeback against Barcelona – and the England international almost repeated a similar trick in the 4-3 win over RB Salzburg.

In the second leg of last season’s semi-final, Liverpool overturned a 3-0 deficit to beat Barcelona on their way to lifting the European Cup for the sixth time, with Alexander-Arnold’s quick corner leading to Divock Origi scoring Liverpool’s fourth of the night.

And with Champions League football back at Anfield, the right-back almost provided an assist for Sadio Mane to bag Liverpool’s fifth against Salzburg as a clever corner routine caught the Austrian’s defence napping.

Mane somehow failed to connect with the header, but the moment underlined what a weapon Liverpool can rely on from the right flank.