Watch: Trent Alexander-Arnold almost scores a volley for the ages 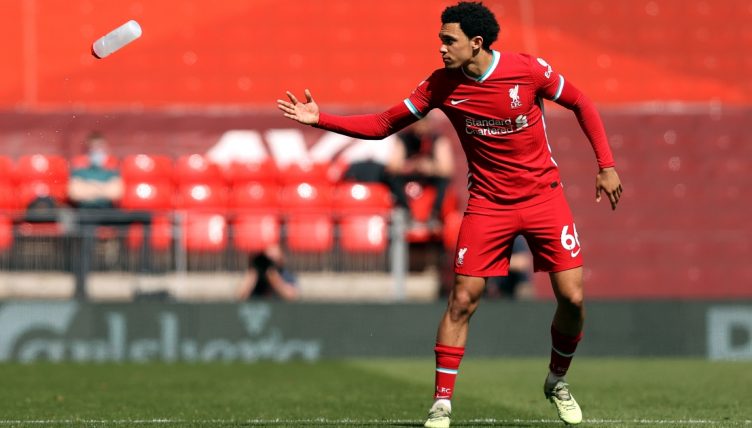 Trent Alexander-Arnold almost scored a volley for the ages during Liverpool‘s 1-1 draw with Newcastle in the Premier League.

Last season’s champions needed a win to maintain their challenge for Champions League qualification but a 95th-minute equaliser from Joe Willock denied them all three points.

While most of the post-match analysis focused upon Liverpool’s wastefulness in front of goal, our attention was drawn to a Matt Le Tissier-esque effort from Alexander-Arnold.

Newcastle nervously headed away a corner with 15 minutes to go but it fell straight to Thiago Alcantara. The midfielder teed the ball up in such a way that it would have been rude not to attempt a volley.

Which is exactly what Alexander-Arnold did. Connecting with the ball perfectly, the England full-back sent a fizzing shot just past Martin Dubravka’s right-hand post.

We were just inches away from witnessing one of the best goals of this, or any other, season.

The way Thiago setup the shot for Trent here is UNBELIEVABLE. pic.twitter.com/fCCe6WKzoU