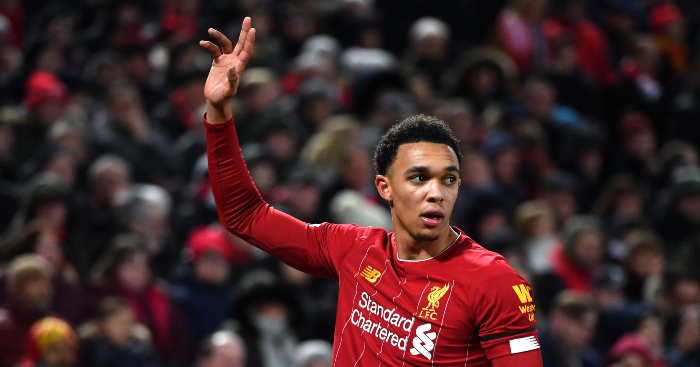 Alexander-Arnold is the Reds’ usual free-kick taker, but there seems to be a bit of good-natured competition between the pair.

Van Dijk showcased his dead ball credentials by lining up a free-kick from behind one of the goals before whipping the ball into the back of the net.

The right-back then attempted to complete the challenge himself, and he watched on as the ball bounced into the net.

We’re not sure which effort is better but it will certainly give Jurgen Klopp something to think about when the Premier League returns next month.