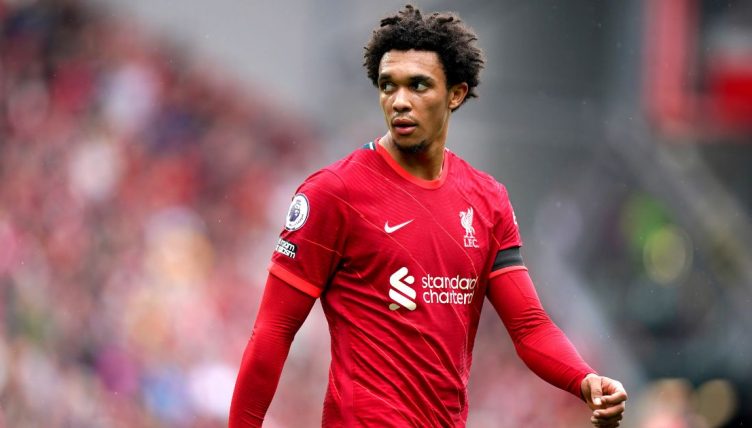 Trent Alexander-Arnold nearly registered yet another brilliant assist during Liverpool‘s 1-1 draw with Chelsea at Anfield.

Alexander-Arnold has established himself as one of the best attacking full-backs in world football, providing 21 Premier League assists since the start of the 2019-20 season.

During the opening stages of the game against Chelsea, he saw Jordan Henderson running into the box and picked him out with a stunning pass.

Unfortunately for Liverpool, Henderson was unable to get his shot on target and the ball went out of play for a Chelsea goal kick.

“Said it many times, but the best passer in English football is [Alexander-Arnold],” Gary Lineker wrote on Twitter. “He should be playing, like he did as a kid, in midfield. [Phillip] Lahm switched, [Joshua] Kimmich too.

“The best players should be in a position where they can more frequently use their brilliance.”

Chelsea took the lead through Kai Havertz’s header before Mohamed Salah equalised from the penalty spot on the stroke of half-time.

That ball by Trent is fucking ridiculous. 🎯 pic.twitter.com/OW18k38BfR

Watch: Liverpool’s Matip rages after being penalised for foul on Lukaku