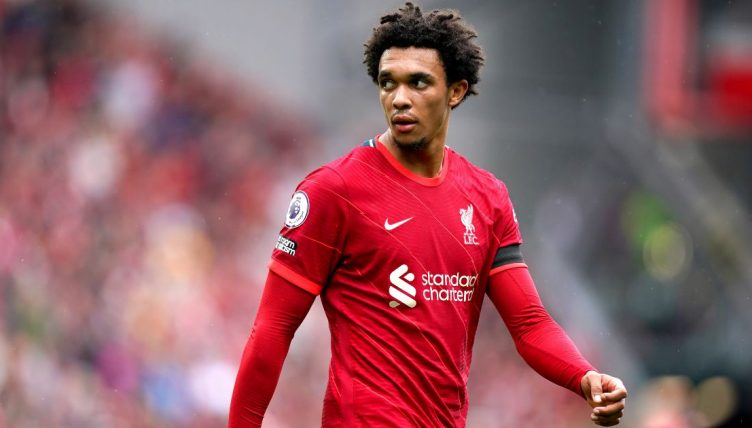 Trent Alexander-Arnold might be more renowned for his creative powers than his defensive ability, but he proved he can contribute at the back with a goal-saving challenge for Liverpool against Watford on Saturday lunchtime.

Liverpool were dominant for almost the whole afternoon at Vicarage Road, putting five past the hosts, including a Roberto Firmino hat-trick and another goal-of-the-season contender from man of the moment Mohamed Salah.

So good was Salah’s goal that Jurgen Klopp called him the world’s top player and said he’s currently better than Lionel Messi and Cristiano Ronaldo.

But Alexander-Arnold did not want to be forgotten.

He put on a sublime show of passing and on one of the few occasions that Watford escaped in attack, his intervention proved vital.

With Cucho Hernandez bearing down on Caoimhin Kelleher, Alexander-Arnold slid in from behind and nicked the ball off Hernandez’s toe, helping save Liverpool’s clean sheet.

Maybe he’s not such a bad defender after all, eh?