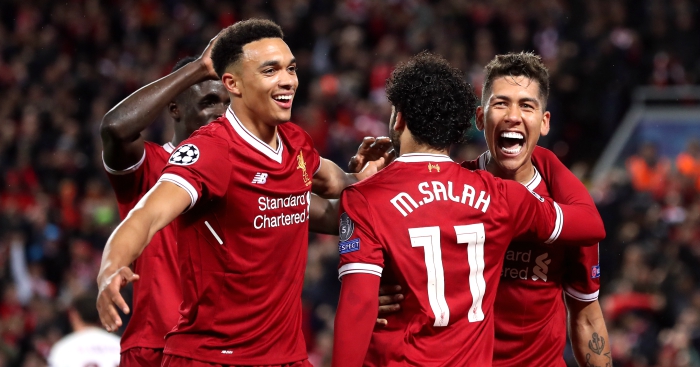 Trent Alexander-Arnold could become the youngest Englishman to play in a Champions League final if Liverpool come out on top in their semi-final second leg against Roma.

Liverpool are 5-2 up after a breathtaking first leg at Anfield, in which Alexander-Arnold broke the record as the youngest Englishman to play in a semi-final.

The full-back has made an incredible breakthrough this season, with some even touting him for a potential England call-up, but in an exclusive interview with COPA90 he modestly says that’s all down to Jurgen Klopp.

“With our manager, he was always willing to give youth a chance, which helped me personally,” Alexander-Arnold says.

“As soon as he came in, the whole atmosphere around the club changed, there was something to work toward – you are going to get a chance if you’re good enough.”

Liverpool, of course, will have a world-class star in their ranks against Roma in the shape of Mohamed Salah, who has scored an incredible 43 goals so far this season.

While the Egyptian’s success has taken some by surprise, Alexander-Arnold knew the Reds had landed a gem from the moment he first met him.

“First day of pre-season it was a running challenge, and you drop out when you can’t do any more,” the teenager recalls. “It was just me and him left and he just didn’t stop.

“The chances that they create between them as a front three, it’s just ridiculous and gives the team so much confidence.”