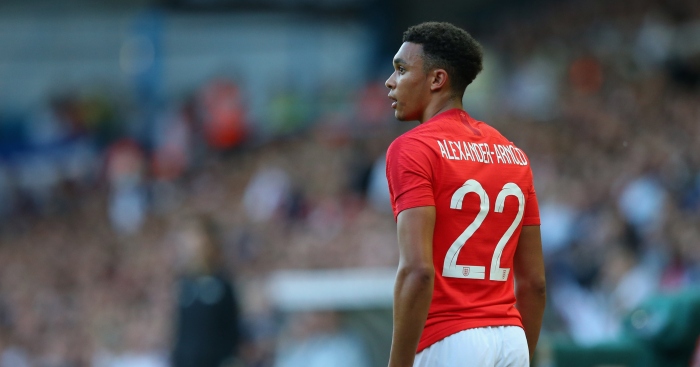 Liverpool defender Trent Alexander-Arnold has told his brilliant story of the moment he found out he had made Gareth Southgate’s England squad for this summer’s World Cup.

Alexander-Arnold made 31 appearances in all competitions for Jurgen Klopp’s Reds this season, forcing his way into Southgate’s plans late on as he shone in Liverpool’s run to the Champions League final.

The 19-year-old was one of two uncapped in the final squad, making his international bow alongside Burnley goalkeeper Nick Pope in the final warm-up match against Costa Rica.

He is expected to start from the bench in England’s opening group game against Tunisia on Monday, but put in an impressive display at right wing-back in the 2-0 win at Elland Road.

And, speaking to England’s official YouTube channel, Alexander-Arnold revealed the wonderful story of the moment he learned of his inclusion in the squad, during training before the Champions League final.

Truly incredible story of how @trentaa98 found out he made the @England squad ahead of the World Cup 👏 pic.twitter.com/rqLLjgZYvJ