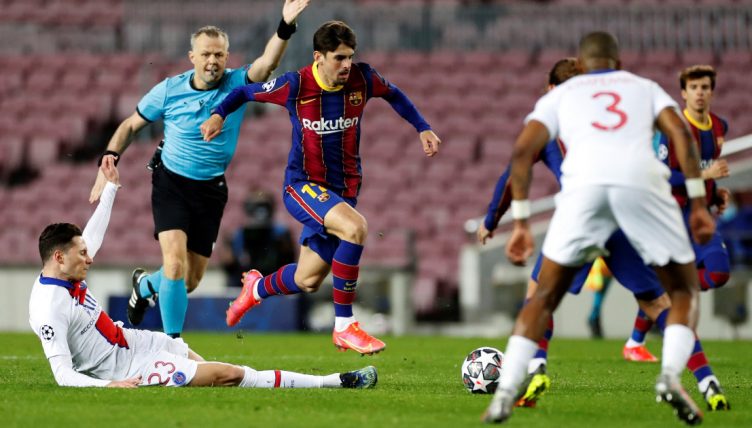 Tuesday night was one to forget for Barcelona as they were hammered 4-1 by Paris Saint-Germain at the Camp Nou in their Champions League last-16 first leg.

Kylian Mbappe stole the show, netting a stunning hat-trick after Lionel Messi had given the hosts the lead from the penalty spot in the first half.

The Frenchman’s third really stood out, whipping the ball into the top corner from just outside the penalty area after an excellent counter-attack.

It was a match that gave Barcelona fans very little to smile about. There was plenty of negativity when the line-ups were revealed too.

After scoring three times in his previous two games, there was a strong consensus that exciting youngster Trincao should have started. Instead, Antoine Griezmann was recalled to the XI.

But, after coming off the bench, the 21-year-old still made his presence felt, impressively dribbling past four PSG players and into the penalty area from his own half before eventually being stopped.

It may have led to nothing, but the Portuguese still showed more attacking intent in his brief cameo than most other Barca forwards on the night.

Trincão did this shortly after coming on for Barcelona.

Surely, given how lacklustre Barca looked going forward, he’ll be given more minutes in the second leg. pic.twitter.com/srVrHcIW2X