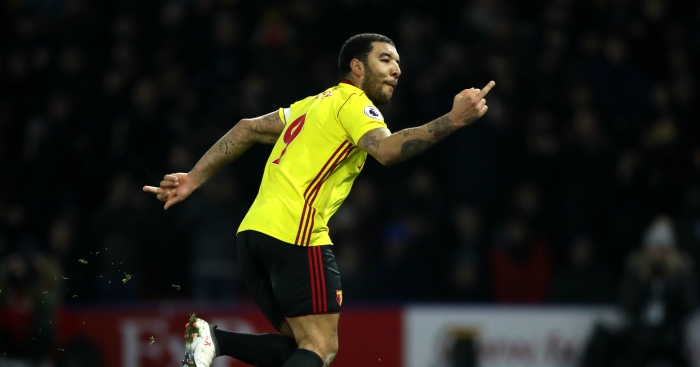 Watford heaped the misery on Chelsea with a 4-1 victory on Monday night, and Troy Deeney wasn’t feeling sorry for their fans.

Deeney put the hosts 1-0 up from the penalty spot 12 minutes after Tiemoue Bakayoko’s red card, and proceeded to celebrate by showing the Chelsea supporters just what he thought of them.

Antonio Conte continues to fall under immense pressure after another heavy loss against a mid-table side, the Blues winning just one of their last five Premier League matches.

Bakayoko capped a terrible individual performance with his second yellow card just 30 minutes in, after his mistakes presented the Hornets with four chances.

Deeney opened the scoring before the break, but Eden Hazard drew Chelsea level with a fine goal inside the last 10 minutes.

But Watford came back and scored an excellent goal of their own through Daryl Janmaat, before Gerard Deulofeu and Roberto Pereyra goals sent Conte’s men to their second successive three-goal defeat.

Club-by-club: How Premier League loanees are faring so far this term