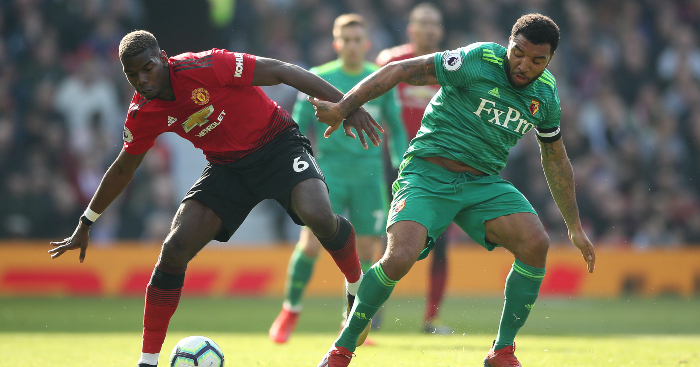 Pogba has come in for some heavy criticism throughout his time at United, with his commitment to the club questioned in the midst of an injury-hit 2019-20 campaign which has come off the back of a summer in which he sparked speculation about his future at Old Trafford.

In an interview with The United Stand – in which he also rubbished criticism of Anthony Martial – Deeney defended Pogba, saying new hero Bruno Fernandes would also question his future at the club had they just finished sixth and failed to reach a cup final.

The Watford striker also revealed that when Pogba came off the bench against the Hornets earlier in the season “everyone on our team went, ‘Oh sh*t.'”

Everything Troy Deeney said regarding the Pogba situation was spot on.

Watch: Troy Deeney rubbishes criticism of Anthony Martial the No.9