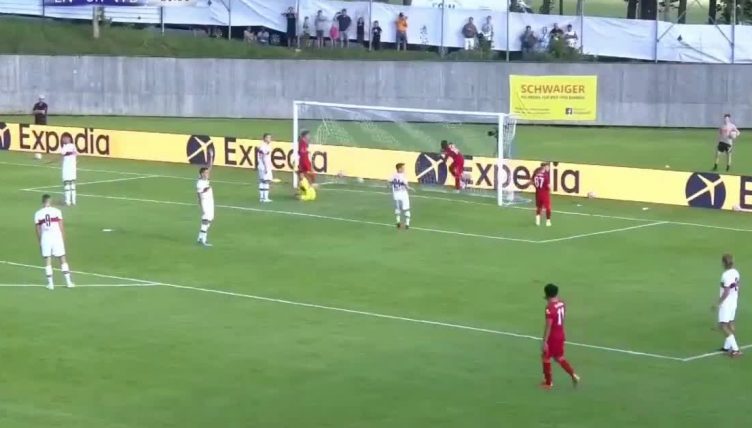 Sadio Mane started his pre-season with a goal as Liverpool drew 1-1 with Stuttgart in a 30-minute friendly in Austria on Tuesday evening.

Earlier in the day, a different Liverpool XI also drew 1-1 in another game restricted to half an hour against Austrian outfit FC Wacker Innsbruck.

Divock Origi opened the scoring after five minutes from the penalty spot in the first fixture, only for our new favourite player Ronivaldo (yes, seriously) to equalise.

But the second Reds XI, featuring new signing Ibrahima Konate making his first appearance in a Liverpool shirt, fell behind to a sixth-minute goal by Stuttgart’s Philipp Forster (Ronivaldo, he ain’t).

Mane levelled the scores 15 minutes later, tapping home after Kostas Tsimikas met a superb deep cross from James Milner to leave the ball on a plate for the forward.