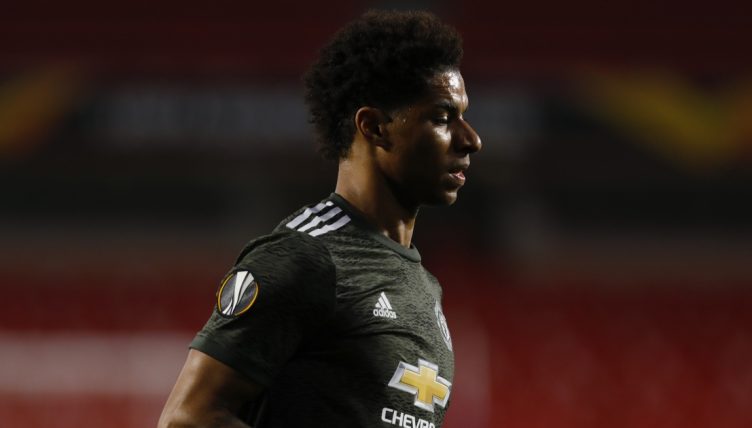 Marcus Rashford scored a clinical goal for Manchester United in Granada – but the television cameras almost missed it.

United’s only hopes of a trophy this season rests with the Europa League, meaning Thursday’s trip to Spain was extremely important.

And Ole Gunnar Solskjaer’s team landed the first blow with Rashford’s goal after half an hour.

Racing onto a long clearance by Victor Lindelof, Rashford killed the dropping ball majestically and slid it past goalkeeper Rui Silva from 10 yards.

It was an inspired move, but Spanish television cameras only just caught Rahsford’s strike.

They were preoccupied with a missed Roberto Soldado chance just seconds before and were lucky to switch in time for the opening goal.