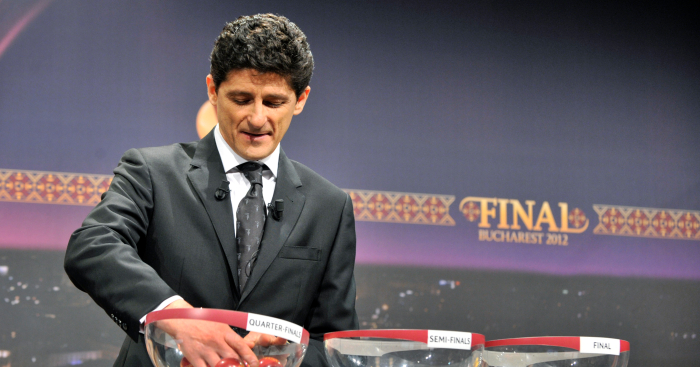 Two-time European Cup winner Miodrag Belodedici has opened up on how he would play in games which had been ‘manipulated’.

Belodedici, a former Romania international, lifted the trophy with Steaua Bucharest in 1986 and Red Star Belgrade in 1991, becoming the first man to win the European Cup twice with two different teams.

The 54-year-old also spent a four-year spell in Spain with Valencia, Vallodolid and Villarreal.

In between his two triumphs, Belodedici was sentence to 10 years in prison for treason after fleeing Romania for Yugoslavia.

And he recently gave an interview in which he spoke openly about how he and his team-mates would act in matches which had been fixed.

Have you ever seen a double Champions League winner explaining how he acted in manipulated games? Former Steaua&Red Star legendary defender Miodrag Belodedici just did that in our online show. If you don’t believe in #matchfixing just watch the video pic.twitter.com/T6rbQpGfrU

I’m still shocked by his honesty. He’s a fantastic nice guy but he played in a dirty sport.

The question was clear. It was about his own experience. He said this after he admitted playing in manipulated games