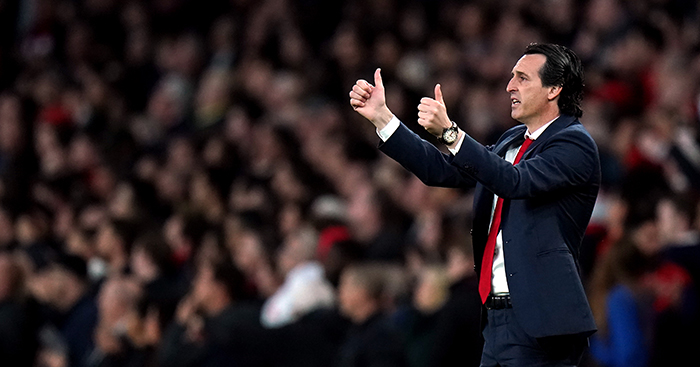 Granit Xhaka had a mixed game in Arsenal‘s 3-1 win over Valencia in the first leg of their Europa League semi-final on Thursday night – but Unai Emery was just as impressed with the bad as the good.

Xhaka completed more passes and created more chances than any other on the pitch, sending over the cross for Alexandre Lacazette to score Arsenal’s second, but the Swiss midfielder may also have been in part culpable for the goal Valencia scored at the other end.

Still, while Xhaka may not have had a flawless evening, his efforts clearly impressed his manager. Even when sending in a shot late on which was high, wide and not very handsome.

Watch Emery’s amusing reaction below. It’s fair to say the fans in the stands were rather less impressed.