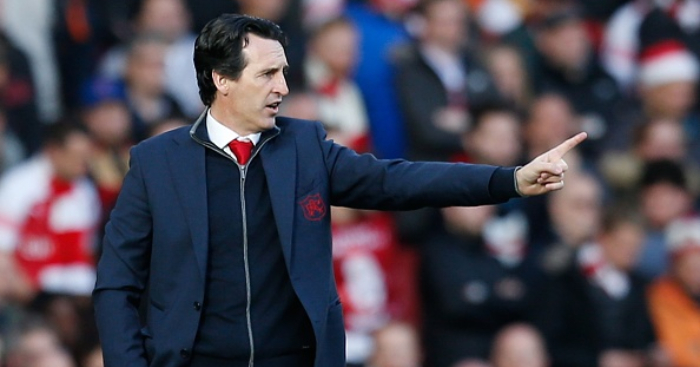 Arsenal manager Unai Emery had a thing or two to say to Burnley boss Sean Dyche after the Gunners’ 3-1 win at the Emirates.

Pierre-Emerick Aubameyang was on the scoresheet twice, with Alex Iwobi adding a third, as Arsenal finished as deserved winners in Saturday’s early kick-off.

The result sees Arsenal continue their fight for the top four, while Burnley will drop into the relegation zone for Christmas.

The game had been a physical affair, as Burnley hoped to outmuscle Arsenal.

Sokratis Papastathopoulos and Ashley Barnes in particular contested a scrappy duel and both were booked for fouls during the game.

At one point it looked as if Barnes had stamped on Mattéo Guendouzi while he was on the floor but nothing was given a yellow by referee Kevin Friend. Arsenal’s young Frenchman was also on the receiving end of Jack Cork’s studs up challenge shortly after.

On the final whistle, Emery gesticulated at Dyche and grabbed him on the shoulder, letting it be known that he was not happy with how physically Burnley had set up.