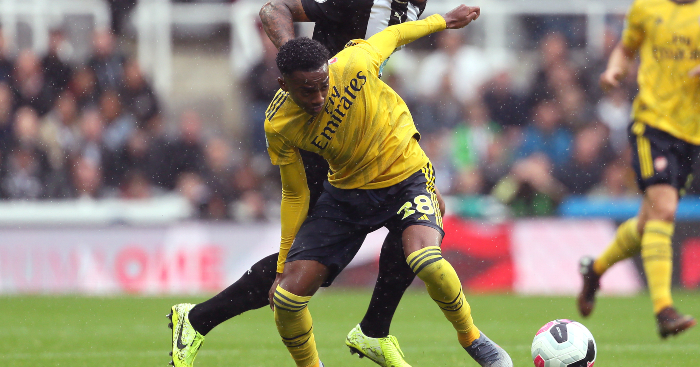 Joe Willock caught the eye with an assured display in Arsenal‘s 1-0 victory at Newcastle United on the opening day of the season – and it’s safe to say Unai Emery is clearly a fan of the midfielder.

Arsenal started two teenagers on the opening day of a Premier League campaign for the first time since 2006 at St James’ Park, with Willock impressing alongside Reiss Nelson.

Fans are getting incredibly excited by the potential of Willock, who is still just 19 years old, after a number of positive performances in pre-season.

While the England youth international can create and score goals, Emery was most excited by a tackle made by Willock to stop a Newcastle counter-attack on Sunday – as his reaction showed.