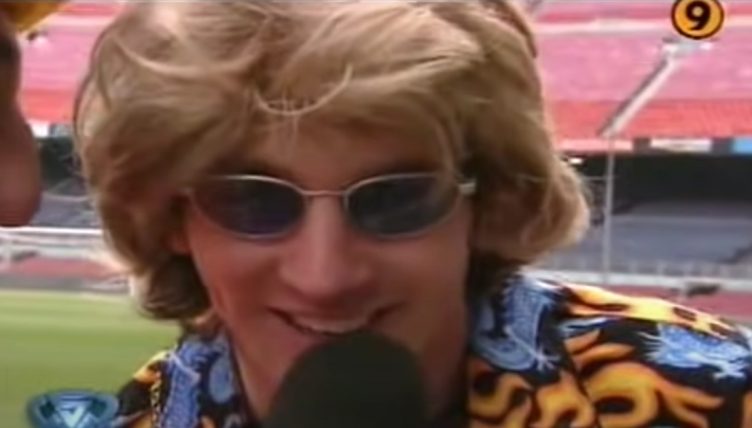 Despite being one of the most recognisable footballers in the history of the sport, Barcelona icon Lionel Messi isn’t the most prolific when it comes to media appearances.

But back in 2005, when he was just 18, Messi seemed a little more comfortable messing about in front of the camera, as shown by this old appearance on Argentinian comedy show Showmatch.

Without speaking Spanish, it’s difficult to know exactly what’s going on in the clip, which features the future great getting interviewed by the somewhat eccentric ‘El Gran E.T’ presenter.

Messi doesn’t seem to shy away from the spirit of the programme, turning up in a get-up complete with a blonde wig and shirt fit for Joe Exotic.

He talks about wanting to win silverware with Argentina, while the highlight of the clip comes at 05:28 when asked to imitate saying how a sheep would say his name – and he does a pretty good job of it.