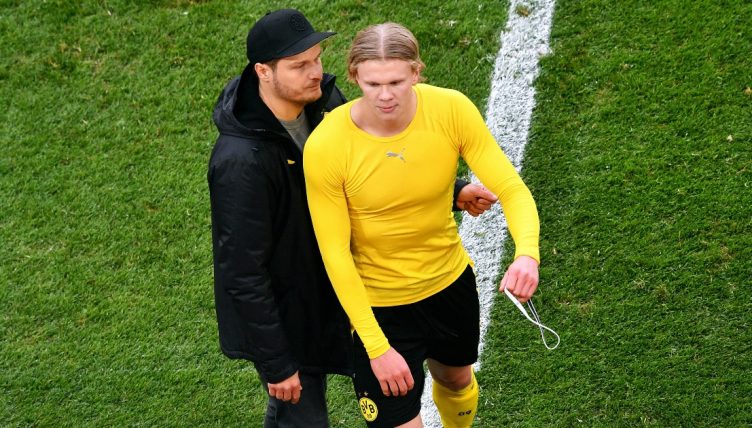 Erling Haaland needed just four minutes to get on the scoresheet in Borussia Dortmund‘s clash with FC Cologne, but he did not look happy by the end of the game.

We’re sure Manchester United and Manchester City are keeping close tabs on developments in the Bundesliga, if reports are to be believed.

After taking an early lead, Dortmund ended up going behind to relegation-battlers Koln, and needed Haaland once again to rescue them a point with an injury-time equaliser.

The Norway international demonstrated his startlingly clinical edge for both goals, underlining why he’s the most in-demand youngster in world football, and Saturday afternoon’s result may well have increased the likelihood of a summer move.

Having lit up the Champions League in his fledgeling playing career so far, it’s unthinkable that he wouldn’t be playing in it next season.

But by dropping two points, they’ve fallen four points behind fourth-place Eintracht Frankfurt in the race for qualification for Europe’s most prestigious cup competition.

Perhaps all that was running through his head as he took his shirt off and passed it to an opposition player before disappearing down the tunnel within a matter of seconds after the final whistle.