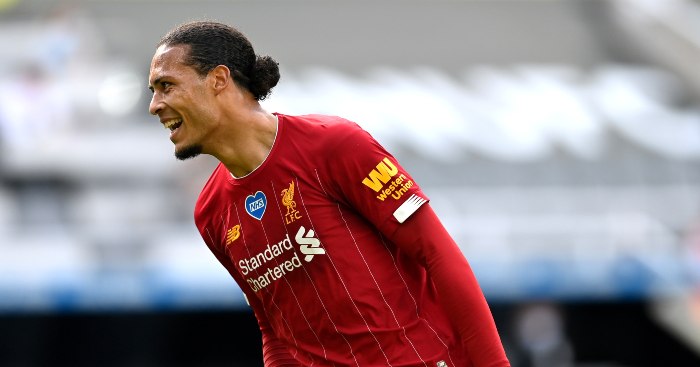 Virigl van Dijk has continued to show there are more strings to his bow than he is given credit for with some brilliant goals in Liverpool‘s pre-season training camp in Austria.

Liverpool got their pre-season underway with a 3-0 win over Stuttgart, which featured an eye-catching performance from young defender Billy Koumetio.

But Van Dijk showed why he’s the top dog at Anfield with some superb goals in training, even taking the time to taunt goalkeeper Alisson Becker after one strike.

The Holland international was a handy striker when he was younger and judging by these goals he could still do a job up front now.

Fire in the boots! 🔥😄 pic.twitter.com/Im8WsVKXng